Allan is a male customer who first appeared in Papa Louie: When Pizzas Attack!.

Allan was happy living in Tastyville, but during high school, he had to move with his parents to the dingy streets of Oniontown. Being the new kid, Allan got picked on by the hardened students of Oniontown High. He always stuck up for himself, even if it meant a black eye or a chipped tooth. When Allan graduated, he moved back to Tastyville. His friends were happy to see Allan, but Oniontown had definitely changed him.

Originally, Allan wore a green polo shirt, blue jeans, and black and grey shoes. His hair was spiked in the front and he had short eyebrows. Since his return in Taco Mia, he wears a white fringe and a green jacket, blue jeans, and shoes with green laces. Allan's hair is now styled into a pompadour and he has grown sideburns. He now sports a unibrow and a missing tooth.

Ranks to unlock him 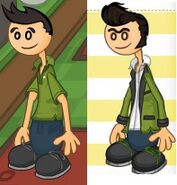 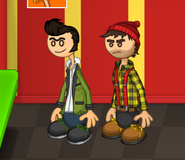 Allan and Johnny waiting for wings.

Allan gets a bad taco!

Allan and Georgito at the St.Patrick's Day Photo 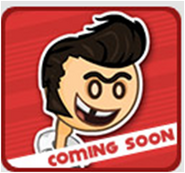 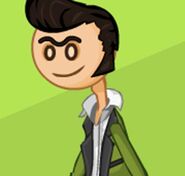 Allan when he's not a star customer.

Allan has a half decent pizza

Allan has some half decent french toast.

And magically, it's perfect.

Allan likes messes. This confirms it.

Air is not in Allan's diet.

Allan having a dance off with Utah and Xolo. It's hard to tell who's best when they all do the same dance.

More proof of his love of messes. This is neater, yet not highly scored..

Perfect donuts for Allan and Clover! 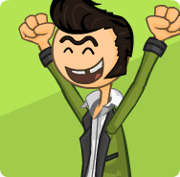 Allan as a star

Allan is unlocked in Pastaria

Allan has some perfect wings in Papa's Wingeria!

Allan and some decent wings.

Allan is about to come to the Cheeseria

Allan's perfect sandwitch. It was the first time I served him :3.

Allan gets a perfect sandwich!

What happens when you leave lots of dirt on his plate in Wingeria.

Allan receives perfect cupcakes.
Add a photo to this gallery 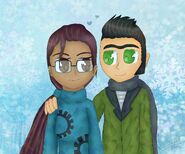 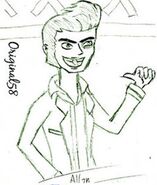 With Utah made by Almei
Add a photo to this gallery
Retrieved from "https://fliplinestudios.fandom.com/wiki/Allan?oldid=178679"
Community content is available under CC-BY-SA unless otherwise noted.