View source
watch 02:23
Wiki Targeted (Games)
Do you like this video?
Play Sound

Didar is a male customer who made his first appearance in Papa's Mocharia To Go!.

Didar has tan skin and brown hair. He wears a black shirt with dark circles on the sleeves under an indigo vest with black buttons, pale green pants with dark green circles all over them, a black smartwatch on his wrist, black shoes with blue laces, black soles, and green stripes near the bottom, and an indigo cap with black lining, a green visor, and a black camera on it.

He wears his Style A, with the exception of his shoes, but it is all gray. He also wears a gray backpack. 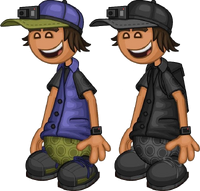 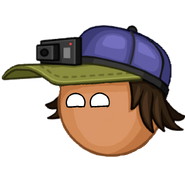