Grōōvstock is a holiday celebrated in four of Papa Louie's restaurant-time management games. When a player reaches this holiday in any of the games below, Zoe makes her first appearance as well:

Achievements such as "Jam Session," "Musical Morning," or "Groovy Grub" are earned when all of the Grōōvstock exclusive ingredients are unlocked.

Customers bring in tambourines to celebrate the holiday.

After a nice holiday break, we are getting back into the swing of things here at Flipline Studios. We’re looking forward to all the stuff we have planned for the year, especially Papa’s Bakeria!

For this week’s Sneak Peek, we wanted to showcase a brand new holiday that will be celebrated in Whiskview Mall... Grōōvstock! [1]

A sneak peek of Grōōvstock. 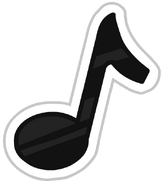 A plate of pancakes with all of the Grōōvstock ingredients.

A pie with all of the Grōōvstock ingredients.
Add a photo to this gallery

Whiskview Mall during Grōōvstock.
Add a photo to this gallery

Retrieved from "https://fliplinestudios.fandom.com/wiki/Grōōvstock?oldid=502590"
Community content is available under CC-BY-SA unless otherwise noted.