As the local Food Critic, his scoring metrics are more challenging than those of the other Closers. He orders every Sunday, and his order always changes. When he receives his order, he'll give a Blue Ribbon if he liked it, granting a tip bonus for the next three days.

Jojo is known far and wide as the premier food critic. He is an adventurous foodie that never orders the same meal twice. Jojo makes weekly stops at restaurants to sample their food. If he enjoys his meal, he will award the shop his Blue Ribbon. Customers always tip more when a Blue Ribbon is in sight.

His clothes are more detailed. 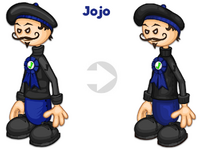 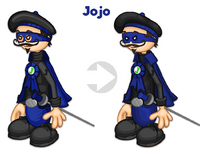 He wears a two-toned blue scarf, a light gray turtleneck sweater, black pants, the Blue Ribbon on the left side of his waist, and his sneakers having pale cerulean laces and gray soles. His beret now has a gray rim.

In games where he dresses up for Halloween, Jojo wears a masked swordsman costume. He dons a blue cape, blue eye mask, gray buckle belt, and a sword with a blue handle.

He wears a purple turtleneck, army green pants, a black and white cape with a gold buckle in front of his neck, a purple hat with a golden crown embedded with lime green jewels and green sprouts sprouting from the top, an army green ribbon with gold lining and a gold button with a lighter army green upwards-facing arrow embedded on it, and black moccasins with golden soles, army green stitches, and purple laces.

Style H (Day of the Dead)

On his head, he wears a black beret with a cyan rim and an orange puff at the top, white makeup on his face, thick black eyeshadow with orange and purple petals around it, and an upside down black heart nose. On his body, he wears his Style A turtleneck, but with an gold chain and and cyan bead pattern on the sleeve ends, a Blue Ribbon on his chest, black makeup with white bone details on his arms, cyan pants with a vertical orange flower pattern on its sides, and black shoes with black laces and black soles.

Jojo orders something completely different every time he visits a shop; between Papa's Freezeria and Papa's Wingeria, one can see what Jojo will order on the customers chart, but this does not show his future order, only his past order. In Papa's Taco Mia!, it says he's trying everything, between Papa's Hot Doggeria and Papa's Cupcakeria HD, it says that it's different every time, and as of Papa's Bakeria, a question mark appears in place of the order ticket on his lookup. Because he is a food critic, he is a Closer, so ratings of orders are tougher than that of a normal customer. Sometimes though, something about his order will stay the same. For example, he always orders a Small Cup and Regular Blended sundae in Papa's Freezeria/To Go! and he always orders Waffles in Papa's Pancakeria. While his orders are always different, his order on a certain day number will always be the same depending on what ingredients the player has unlocked and/or what holiday the player is on.

If the player gets a total score of 80 to 100 points, he will give you the Blue Ribbon, which increases the tip of each customer by $2.00 (e.g. a tip of $5.00 instead of $3.00 from a non-star customer). If it's from a customer going to 5 stars, who will give $9.00, it'll stay the same. The Blue Ribbon is displayed on the lobby for three days, meaning that the increase in tips during that time.

Earn all three stickers in any of the above games to unlock this outfit: 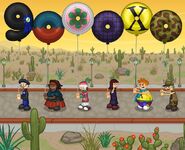 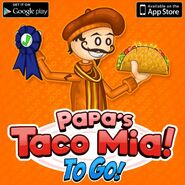 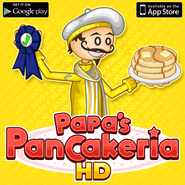 Jojo's Day of the Dead outfit 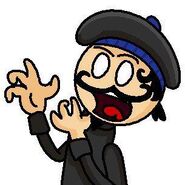 Collab Customers made by Almei 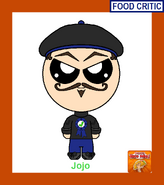 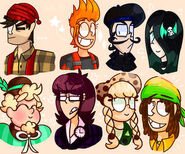 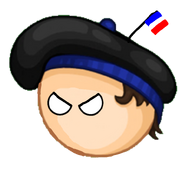 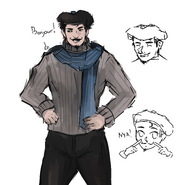 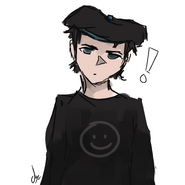 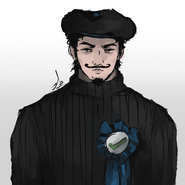 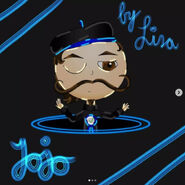 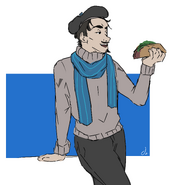 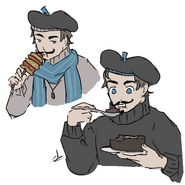 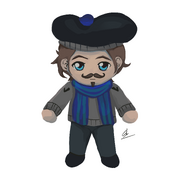 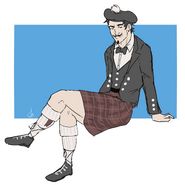 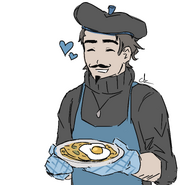