Serve seasonal stadium favorites on the go in this new version of Papa's Hot Doggeria, with gameplay and controls reimagined for iPhone and iPod Touch!

You'll need to multitask between four areas of the hot dog stand, with new controls designed to work just right in the palm of your hand. Head to the Order Station to take orders from your hungry customers in the lobby. Switch to the Grill Station to cook and flip juicy hot dogs and sausages. Move to the Build Station to add a variety of tasty condiments to your hot dogs. Jump to the Pop Station to pour delicious drinks and pop some fresh popcorn to complete the meal. Each station is a hands-on experience, where you'll need to drag, swipe, and tap your way through the hot dog crafting process.

Keep your customers happy to earn more points and level up. As your level rises, you'll unlock new toppings for the shop, and new customers will start visiting the hot dog stand! Well-crafted hot dogs will also earn you tips to spend in the Shop, and Mini-Game Tickets to use in the daily Mini-Game!

NOW WITH HOLIDAYS - You'll be serving seasonal hot dogs throughout the year in Papa's Hot Doggeria To Go! As you reach new ranks, the seasons and holidays in the game will change, unlocking holiday-themed buns, sauces, toppings, drinks, and popcorn. And don't worry when the air gets chilly and the baseball season comes to an end -- Griller Stadium also hosts hockey games during the fall and winter for year-round excitement! 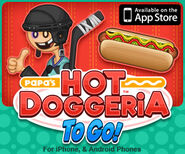 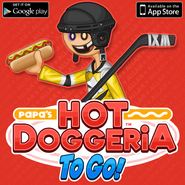 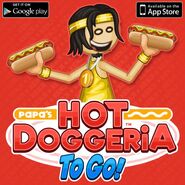 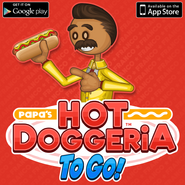 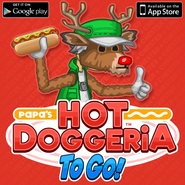 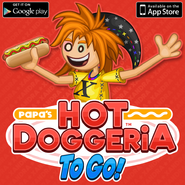 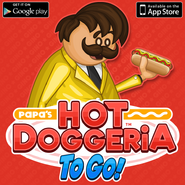 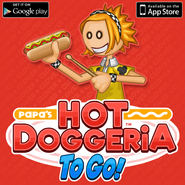 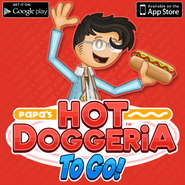