Papa's Wingeria HD is the third HD game in the Papa Louie's restaurant management game series. The game was first announced on July 10, 2014 and was released on August 28, 2014. 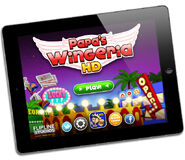 Starlight City at the end of the day 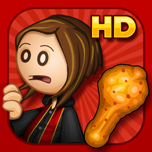 Retrieved from "https://fliplinestudios.fandom.com/wiki/Papa%27s_Wingeria_HD?oldid=472138"
Community content is available under CC-BY-SA unless otherwise noted.