Papa Louie 3: When Sundaes Attack! is the third game in the Papa Louie series of platformer games and the sequel to Papa Louie 2: When Burgers Attack!. The game was announced on November 4, 2014. The winner of Kingsley's Customerpalooza 2014, Yui, makes her official debut as a playable character in this game. The game was officially released on March 4, 2015.

Papa Louie 3 is the third installment of this wildly popular platformer series. This time, you will be exploring the Land of Munchmore's sweeter side. Just don't let the candy fool you, it's dangerous out there! It's up to Captain Cori to rescue Papa Louie and the rest of the customers from Radley Madish, Luau LePunch, and an endless army of slimy Sundaesauruses!

Over two dozen food fanatics embarked on a cruise aboard the S.S. Louie to celebrate the long-awaited unveiling of Seaside Freezeria. The celebration turns sour as Radley Madish and his new muscle, Luau LePunch, command the ship.

Using the Warp Coins, Radley and company unleash a powerful portal to pull Papa Louie and the rest of the customers back to the Land of Munchmore. There, they are caged and held captive by Radley's growing army of Sundaesauruses -- an army that our captive chefs are unwillingly forced to create under the harsh direction of Radley himself.

Meanwhile, the lone Captain Cori must trek her way through Muchmore's wild terrain, battle fierce food baddies, and rescue her captive passengers and crew. As the customers are rescued, they join the fight as playable characters; each with their own unique weapon and skills.

The background icon for the customers without special skills (Captain Cori, Chuck, Yui, Hank, Willow and Sasha) is purple. 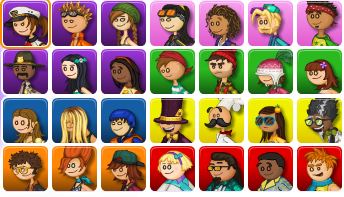 Balloons are floating platforms that the player can stand on. There are five types of balloons, and each one moves in a different pattern.

Unlike Papa Louie 2's BBQ Quicksand, you cannot drown in it because the ground is buried under this quagmire. Players will need to jump as much as possible to get out. Baddies will immediately drown upon contact. The X-Zone has Flavor X Quicksand which works the same way as its chocolaty counterpart.

Ice Cannons appear in levels 6, 9, and the X-Zone. They shoot ice that is very cold. Players must make their character jump 3 times to get out if they get hit by a ball of snow. Each cannon has a lavender-white gem that alerts the cannon where the character is (to the left or right of the cannon). They are usually located near baddies so the baddies attack the character while he or she is frozen. 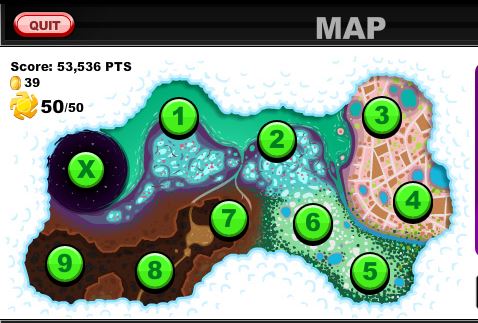 No warp keys are inside this level. 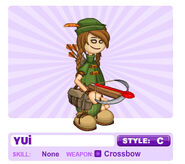 Yui and her Trusty Crossbow

Yui will make her in-game debut in PL3:WSA

Customers will be taking the plunge for the first time. 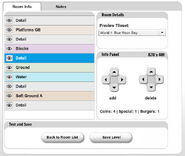 Nick with Swim Boost as a special skill

Alberto and Penny have been forced to make the deadly SundaeSaurus creatures. Who will save them?

Pinch Hitwell with Dash as a special skill 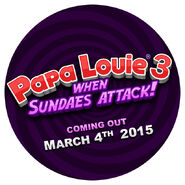 Screenshot taken before the game was released