35
The Onion Ring are a group of anthropomorphic onions that are enemies in the Papa Louie platformer games. They and their leader, Sarge, come from the Land of Munchmore.

The Infamous Onion Ring is a gang of menacing onions who take direct orders from their leader, Sarge. They have a diverse range of skills amongst their ranks. Whether it’s wall crawling, ladder climbing, running, jumping or sneak attacks, these onions have what it takes to fend off even the feistiest of chefs.

These oniony minions can be found everywhere - and they are quick to adapt to their environment. A jungle tribe of onions brandish spears as Papa gets near, while miner onions climb the walls of the Sausage Mines. Look out, they're everywhere!

Regular onions that just walk back and forth. In Papa Louie 2: When Burgers Attack!, they walk off cliffs.

Walking Onions that jump, but not very high.

Onions that climb up and down ladders. In Papa Louie 2: When Burgers Attack!, they act just like normal Onions, except they don't walk off cliffs; meanwhile, Laddishes take the role of ladder climbers.

Onions that hide and jump out at Papa Louie when he gets close.

Onions in tribal gear that are only seen in Pasta Jungle. There are three types of this enemy; the first type acts the same as a Jumping Onion but jumps higher and more often. The second type stands in one spot and thrusts his spear at Papa Louie when he gets close. The third type chases after Papa Louie, attempting to ram him with his spear.

Onions in mining helmets only seen in the Sausage Mines. They climb walls and ceilings and drop onto Papa when he is directly below them.

These Onions were supposed to appear in Papa Louie: When Pizzas Attack! but were cut from the game due to technological limitations. They act the same as a normal Onion but react differently when jumped on. Instead of getting stunned, they get stuck in their helmets (making their hitbox smaller) and start running faster.

Onions in Papa Louie 2: When Burgers Attack! with spiked Pickelhaube helmets which damage customers who try to jump on them.

To see more information on the Kaiser Onion, please visit this page.

The only Onion enemy (not including Gummy Onion) in Papa Louie 3: When Sundaes Attack! They slide down hills on skis, and then they abandon the skis and walk normally after they stop sliding.

To see more information on the Winter Onion, please visit this page. 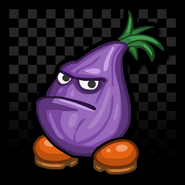 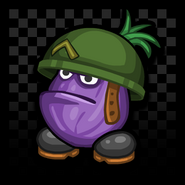 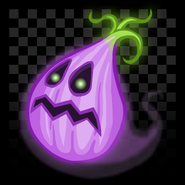 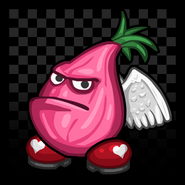 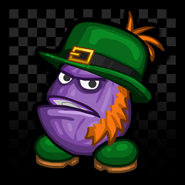 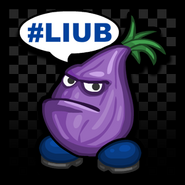 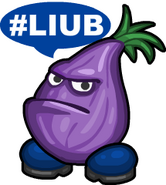 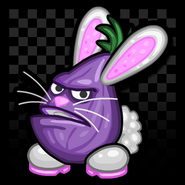 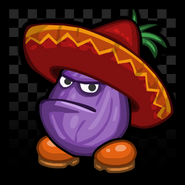 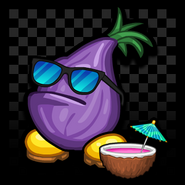 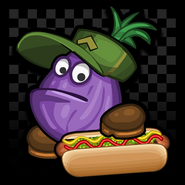 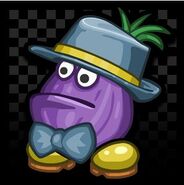 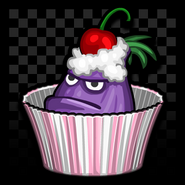 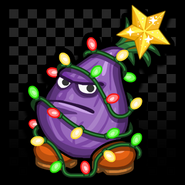 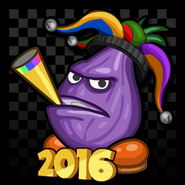 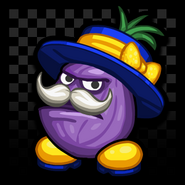 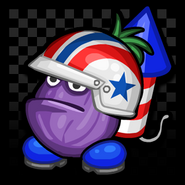 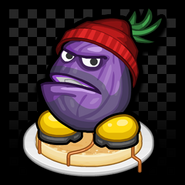 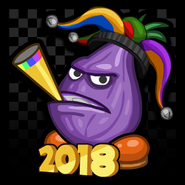 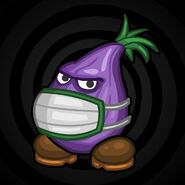 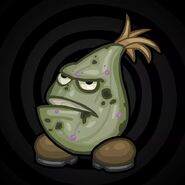 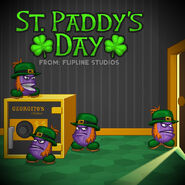 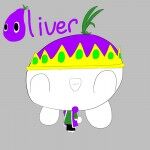 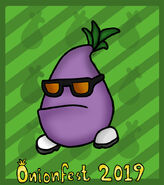 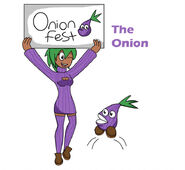 By @darkwon513
Add a photo to this gallery

Onion Ring Tribe poster from Taco Mia!
Add a photo to this gallery

Retrieved from "https://fliplinestudios.fandom.com/wiki/The_Onion_Ring?oldid=503197"
Community content is available under CC-BY-SA unless otherwise noted.