Tony Solary is the co-owner of Flipline Studios along with Matt Neff. His avatar represents him in the games and in many other aspects of the Flipline Studios' website. As a customer, he makes his first appearance in Papa's Burgeria. He is the male worker in Papa's Donuteria.


Tony Solary grew up in the far off town of Cleveland. Having a fondness for drawing, he attended the Cleveland Institute of Art where he met Matt Neff and soon started Flipline Studios. Tony now spends most of his days making games, reading comics, and playing with his twin daughters, Sidney and Jordan.

Tony has a orange striped shirt with a hood and with a brown-orangish jacket, has dark blue pants, and black shoes. His hair changes in most of the games he is in. Beginning with Papa's Wingeria, he sports a black jacket an orange & brown striped hoodie, with brown shoes.

Papa's Freezeria, HD and To Go!

Here are the ranks needed to unlock him. This replaces the older one at the bottom.

Unlockable items with him

He states that his top 5 games are: 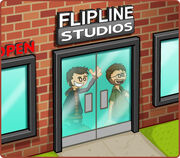 Tony and Matt, the best buddies are fighting for us today! 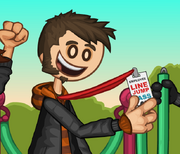 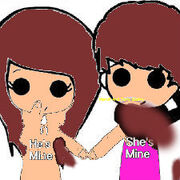 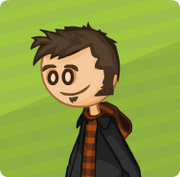 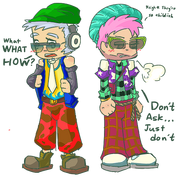 Tony gets a perfect breakfast. LOL his hair looks weird.

Perfect with the Flipline Developers!

Tony has impressed Mitch, who gave him a perfect score! 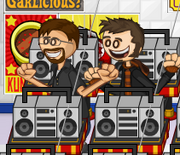 Tony during Summer Luau at the Donuteria!

Add a photo to this gallery
Retrieved from "https://fliplinestudios.fandom.com/wiki/Tony_Solary?oldid=129578"
Community content is available under CC-BY-SA unless otherwise noted.