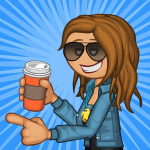 Editor for Wikia, student, volleyball player, whatever the heck you want me to be

Yeah, I have them.

"The boy you punched in the hall today? Committed suicide a few minutes ago. That girl you called a s**t in class today? She's a virgin. The boy you called lame? He has to work every night to support his family. That girl you pushed down the other day? She's already being abused at home. That girl you called fat? She's starving herself. The old man you made fun of cause of the ugly scars? He fought for our country. The boy you made fun of for crying? His mother is dying. You think you know them? Guess what, you don't! Re-post if you are against bullying. I bet 99% of you won't, but repost this if you're that 1% that has a heart. I am against bullying. Are you?"

Hello, <insert name here>, I am RoseCupid and I am an active editor/contributor on this wikia. I'd honestly prefer it if you don't call me by that - I changed my username to RoseCupid two years ago and I'm inevitably regretting it now. I mean, sure, I'll acknowledge you if you call me RoseCupid, but...I'm not going to be quite happy about it.

Psst, if you want to address me directly, you can call me:

My Introduction to Flipline

It all began one day in early October of 2014. One of my teachers allowed the class to play on a games website for the rest of the school day (considering it was the last class period). I couldn't find one of the class favorites on the website, which I later discovered had been removed for content purposes. While scrolling through the site's Popular Games menu, I found this game called Papa's Cupcakeria. It looked interesting, and so I decided to play it...and it was one of the best decisions of my life.

I was legit addicted. I was a woman possessed (if you know where that line is from, you're my best friend for life.) I began searching up YouTube gameplays of this game, and I eventually stumbled upon a bunch of other cooking games with "Papa's" and "-ria" in their names. I assumed they were all somehow related, and as I played them, I soon discovered I was correct. Yet I had still not heard of the name "Flipline Studios" and I thought nothing of it.

It wasn't until the games website I had been playing the Papa's games on got a system overload and crashed that I stumbled upon the official website for Flipline Studios. I developed an interest in this and went to my lovely friend Google seeking more information...and I found myself face-to-face with the Flipline Studios Wiki homepage.

Seeing as I had made a wiki account (anyone remember CeriseKitty3030?) just three days prior, though with the intents of having only joined one wiki, I resolved that I would begin contributing to the wiki. And here I am now!

Retrieved from "https://fliplinestudios.fandom.com/wiki/User:RoseCupid?oldid=439230"
Community content is available under CC-BY-SA unless otherwise noted.